This event has passed.

A zoom link to attend the meeting will be distributed upon registration.

We will be joined by keynote speaker Eleni Glouftsis: 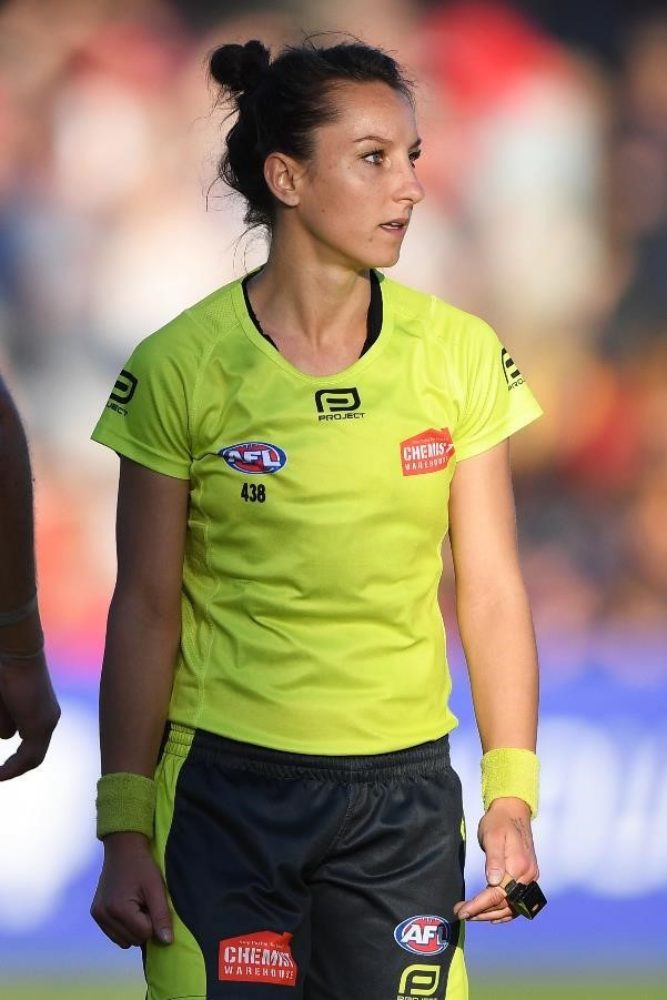 She is notable as the first female field umpire to officiate in a match sanctioned by the AFL, which occurred in the 2016 NAB Challenge match between the Carlton Football Club and Essendon Football Club.

Eleni became the first female to be appointed field umpire for an AFL Premiership season match, when she was selected to officiate the Essendon and West Coast match in Round 9 of the 2017 AFL season.

Eleni commenced umpiring in 2006 with the North Eastern Metro Junior Football Association in Adelaide, South Australia, before commencing to umpire in the South Australian National Football League. She umpired her first senior SANFL match in August 2013, being the first female to officiate as a field umpire in a State League match nationally.

She then moved to Melbourne on a three-year AFL Female Field Umpire Pathway scholarship at the end of 2014, where she umpired in the VFL throughout the 2015 and 2016 seasons. Eleni was elevated to the AFL Field Umpire Senior list in 2017.
Eleni was named the 2019 South Australian Young Australian of the Year and, in 2021, was awarded a Medal (OAM) of the Order of Australia for her services to umpiring nationally.

Eleni’s personable nature and competent public speaking skills have empowered many young athletes/people throughout her career, presenting and speaking at events.

Outside of umpiring, Eleni is employed at the AFL as “Umpiring Growth and Development Coordinator – Schools and Female”. She also works as a Health and Physical Education and Science teacher.

We look forward to seeing you there. Please feel free to get in touch if you have any queries.

Take me to Google